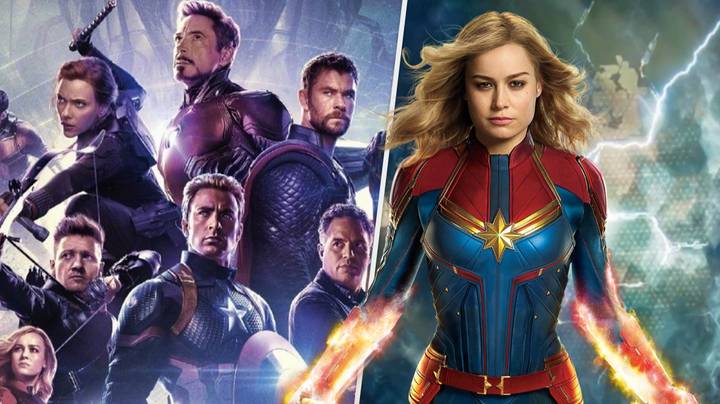 Marvel has revealed Official Merchandise for the upcoming Disney Plus Series “Ms.Marvel”, Premiering on Disney Plus June 8th.

This new merchandise gives us a look at “Avengers Con” , which seems to be a comic-con type event to celebrate the Avengers. Interestingly, the lineup of the Event showcase only Hulk, Captain Marvel, Thor, and Ant-Man. This indicates that these 4 will be the new core line-up of The Avengers currently in the MCU timeline. Since, there has been no indication of the status of The Avengers as a group in the MCU at this point in the timeline, other than Hulk and Captain Marvel inviting Shang-Chi into the “circus” in the Shang-Chi Post Credits Scene.

Benedict Cumberbatch has also recently stated, while talking about Doctor Strange in The Multiverse Of Madness, that Doctor Strange never became a part of The Avengers and that he is more focused on protecting the safety of the universe, on the grander multiversal scale.

This also hints at a possible Captain Marvel, Hulk or Thor cameo in Ms.Marvel. Maybe, in the form of a dream sequence like the 2013 Ms.Marvel comics debut by G. Willow Wilson. With Captain Marvel being the most likely candidate since Kamala clearly has a great admiration for the character, based on the many posters and drawings of Captain Marvel in her room. This would also help in setting up Kamala’s appearance in the Captain Marvel sequel: “The Marvels”, releasing exclusively in theaters on February 17th, 2023.

Previous post EXCLUSIVE: Jessica Jones to Appear in the She-Hulk series on Disney Plus

Next post ‘Nova’ MCU Project Rumored to be Disney Plus Series