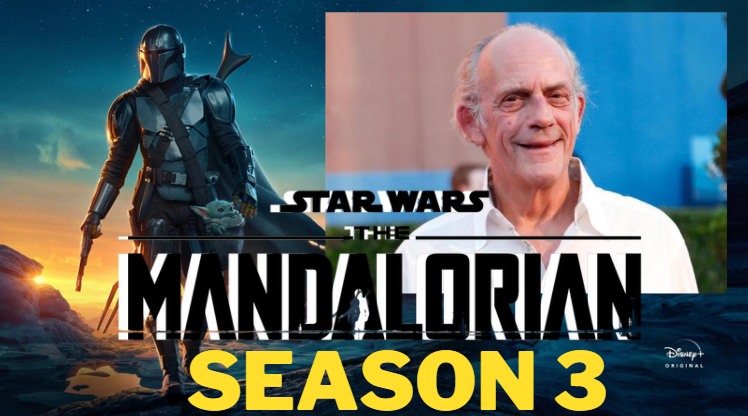 The Mandalorian, produced by Jon Favreau and Dave Filoni, launched in November 2019 as Disney+’s flagship show, solely responsible for the bulk of the streamer’s initial subscribers. Season two ran in late 2020, with the first spinoff, The Book of Boba Fett, debuting Dec. 28. The Mandalorian stars Pedro Pascal as a Mandalorian bounty hunter by the name of Din Djarin who becomes attached to a baby, the same species as Master Yoda. Carl Weathers and Giancarlo Esposito will also return in the series.

Christopher Lloyd has joined the cast of The Mandalorian Season 3, which is set to premiere around December 2022 and January 2023. According to The Hollywood Reporter, The iconic Back To The Future actor was on the call sheet for the series, which is currently filming in Southern California.

The Hollywood Reporter also states that details of the role itself are still unknown, but it is a guest-starring role.

The Mandalorian has already brought in actors of the highest caliber into the universe including Giancarlo Esposito, Pedro Pascal, Mark Hamill, and Carl Weathers. So, Christopher Lloyd is a worthy addition to the show’s cast and is sure to get fans excited.

Who could Christopher Lloyd portray? Since it is only a guest role, he could be playing absolutely anyone in the series. However, we have heard from trusted sources that there will be 100s of Mandalorians involved in the show. So, Christopher Lloyd could be playing a Mandalorian but, it would be extremely unlikely that an actor as iconic as Christoper Lloyd would have his face covered. Therefore, I believe that he may be playing a wise old Jedi or another original character.

Christopher Lloyd is infamous for his iconic role as ‘Doc Brown’ in the Back To The Future franchise. On the cosmic side, he has also played ‘Commander Kruger’ in the Star Trek Franchise. These franchises are universally loved and fans will no doubt be ecstatic about the casting. There has already been great excitement on Social Media in regards to the casting.

The Mandalorian, produced by Jon Favreau and Dave Filoni, first premiered on the 12th of November, 2019 as Disney+’s first flagship Series, solely responsible for the bulk of the streamer’s initial subscribers stars, Pedro Pascal as the Mandalorian bounty hunter by the name of Din Djarin who becomes attached to a baby, the same species as Master Yoda. Carl Weathers and Giancarlo Esposito will also be returning in the third season of the series.

Next post ‘GODZILLA VS. KONG’ sequel set to start filming in Australia, later this year

Obi-Wan Kenobi is the next Star Wars series scheduled to be hitting Disney Plus in just two weeks. The series has been the...

Obi-Wan Kenobi is the next Star Wars series scheduled to be hitting Disney Plus in just two weeks. The series has...

Disney announced on March 29th that their popular streaming service would be arriving in the Middle East and North Africa...

Zack Snyder is set to direct, write and produce his upcoming space opera sci-fi fantasy Rebel Moon for Netflix. The...