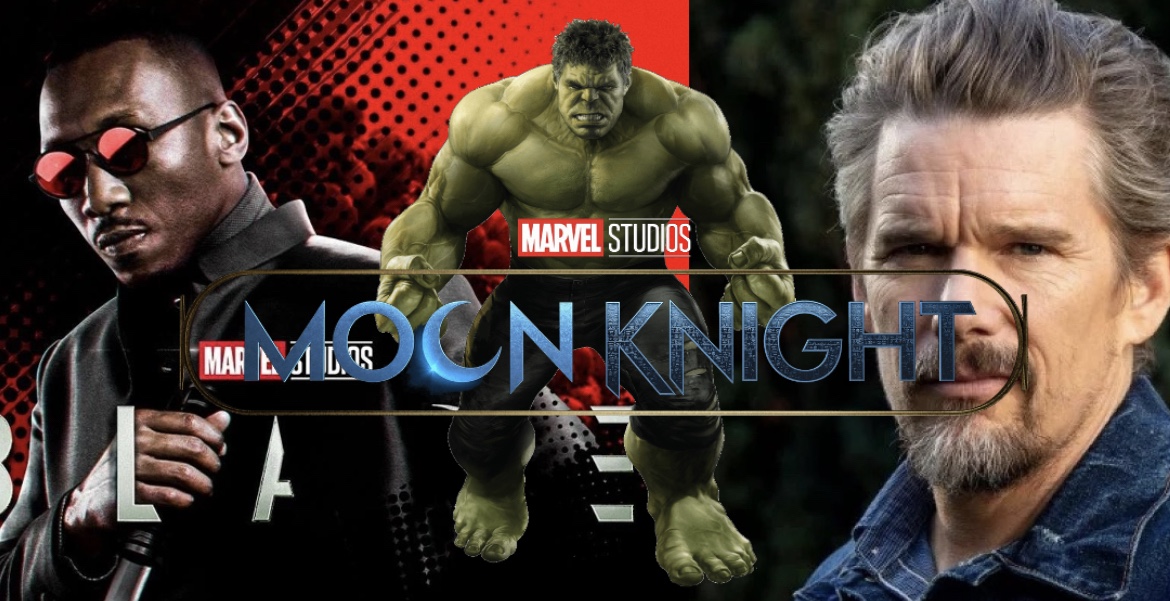 Marvel Studios’ Moon knight is set to premiere on Disney Plus on March 30. Fans have speculated on a possible Hulk appearance in the series ever since Mark Ruffalo and Oscar Isaac were spotted together in Budapest, where the series was being filmed last year.

Ethan Hawke recently attended the Tonight Show with Jimmy Fallon, where he answered some fan theories on the series and debuted a new clip for the series.

Hulk not in Moon Knight?

Earlier last year, Mark Ruffalo was spotted in Budapest with Oscar Isaac, at the same time as Moon Knight‘s filming was going on.

This sparked rumors of Mark Ruffalo’s Hulk making an appearance in the series. This rumor was also recently supported by The DisInsider, who have had a good track record. However when asked on Hulk’s appearance Hawke said, “That would be cool, right? That would be cool. Except I know Mark Ruffalo, and I think if we were in the same show, he would have at least texted me or something. So I don’t think that one’s got a lot of legs. Maybe in another one.”. This suggests that Hulk may actually not be showing up in the series and this might just be a rumor. marvel actors have been known for lying about surprises in shows so Hawke’s comments may not be true, however, recent social reactions for the show have indicated that the series is totally secluded from the MCU so a Hulk appearance would not make sense. A possible Hulk appearance is still a throw-up since there is evidence for both possibilities.

Hawke was also asked about a possible appearance by Marvel’s vampire-hunter Blade, who has strong ties with Moon Knight in the comics and has already made his voice debut in the MCU, in the end credits scene for 2021’s Eternals. Blade is heard recruiting Dane Whitman in a museum in London. This itself is extremely interesting since we know that Moon knight will be set in London, instead of New York like in the comics. Producers for the series have said that this was done because the MCU already had an over abundance of heroes in New York, but could another possible reason for this move be to connect him to Blade. Hawke had a very interesting reaction to the question as he first hesitated in speaking and continued to saying “I don’t know” and “I wish he’s there”, which is a very different reaction compared to his comments on the Hulk appearance. So speculation of a Blade appearance may actually not be dumbfounded. Even if Blade is not in the series, he could easily show up in the Post Credits scene for the series, recruiting Moon Knight for a possible Midnight Sons. Oscar Isaac recently talked about the Midnight Sons and Blade, you can watch that here. So this is very possible, especially with theCosmicCircus reporting that Blade will also be appearing in the Werewolf By Night Special arriving later this year.

Do you think Blade or Hulk will appear in Moon Knight?

Next post ‘Moon Knight’ Review: A new look for the MCU