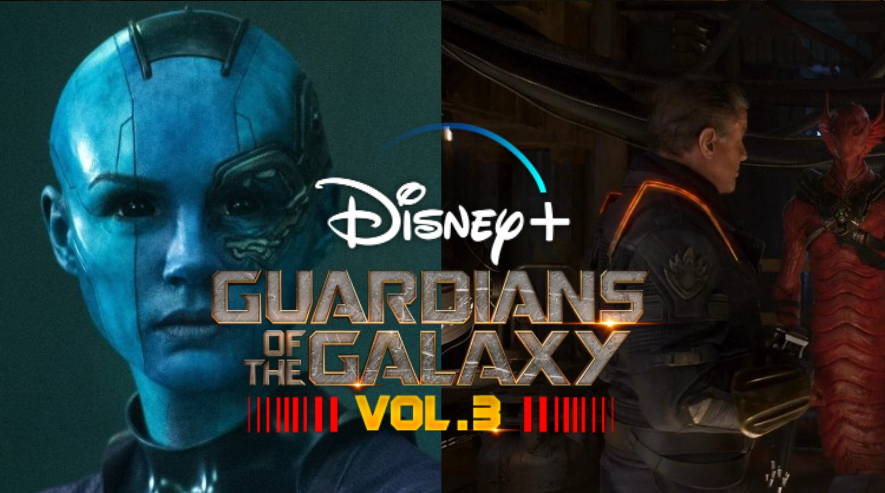 The Guardians of the Galaxy entered the Marvel Cinematic Universe back in 2014 as relatively unknown characters and became instant fan favorites. Mostly due to director/producer James Gunn’s unique approach to the Guardians of The Galaxy films, combining heart, humor and the best of 80s music. The Guardians have since appeared in their sequel and also joined up with the Avengers in Avengers: Infinity War and Endgame. The fan favorite characters are next set to show up in Thor: Love and Thunder and the final film of the franchise Guardians of the Galaxy Vol.3.

Guardians of the Galaxy Vol.3 has long been in the works ever since Vol.2 released back in 2017. However, the film was put on hold as James Gunn was fired by Disney due to some of his past controversial tweets resurfacing which saw Gunn move to DC making their two highest rated DCEU projects The Suicide Squad and Peacemaker. In 2019 Gunn’s return to direct Vol.3 was revealed by Kevin Fiege along with an announcement for a Guardians of the Galaxy Disney+ Holiday special and a series of animated shorts for Groot, directed and produced by Gunn. Production for the film began in November 2021 with both the holiday special and shorts set to film during the production of Vol.3. Gunn is very active on Twitter and has revealed that this will be the last time The Guardians are together, leaving fans speculating about the future of the franchise.

James Gunn has now hinted at a future for The Ravagers, introduced in Guardians of the Galaxy Vol.2 while responding to a fan’s question. @SnapzEnt on Twitter asked Gunn about the possibility of the characters possibly making their return in a Disney+ series, to which Gunn responded to saying “You never know”. Sylvester Stallone who plays Stakar Ogord, known as Starhawk in the comics, has already confirmed his return for Vol.3 so the inclusion of his other Ravager mates is more than likely. Which could be used to setup a future Disney Plus series or film starring the team, especially with the great comic book history surrounding the characters.

Gunn’s response is by no means a confirmation, acting as just a hint to the possibility. The last we saw of The Ravagers was at the end of Vol.2 as they reunited due to Yondu’s death. Stallone has even given us a look at his new look for Vol.3 in a now deleted Instagram post, which suggests that the character will have at least some significance in the film and his new suit may be the uniform for the newly reformed ravagers who in the MCU consist of Stakar Ogord, Yondu Udonta(Michael Rooker), Aleta Ogord(Michelle Yeoh), Charlie-27(Ving Rhames), Martinex, Mainframe(Miley Cyrus), and Krugarr.

There reformation at the end of Vol.2 and this new outfit for Stakaar in Vol.3, combined with James Gunn’s hints of the characters’ appearing in a Disney+ series it seems that we could be getting a standalone project for The Ravagers on Disney+, Produced by James Gunn especially with his recent success Producing DC’s Peacemaker series. If this is to happen, Vol.3 will most certainly be used to setup this spin-off series and provides a great way for fans to stay in the Guardians’ side of the universe in the absence of more films in the franchise.

While promoting her film Dual, Nebula actress Karen Gillan spoke with Screen Rant, mentioning the possibility of a potential Disney+ spin-off series for the character.

“I don’t know, I guess Marvel will have to say yes. So, if you want to get them to do that? That would be great. But I think I think Nebula has a really interesting backstory, so that would be really cool to learn more about.”

This is in no way a confirmation that there are plans for the series but acts as a hint of what a potential Nebula series could look like. She mentions following more of Nebula’s origins which could be a great setup for a series with what we already know of the torture she went through from Thanos and her rivalry and jealousy with Gamora. She has previously talked about how the script for the film left her in tears so Vol.3 and The Holiday Special could be a great setup for a Nebula series.

What would you want a Guardians Spin-off to follow? Guardians of the Galaxy Vol.3 when it premieres exclusively in theaters on May 5, 2023. Before that catch the Guardians in Thor: Love and Thunder and The Guardians of The Galaxy Holiday Special.