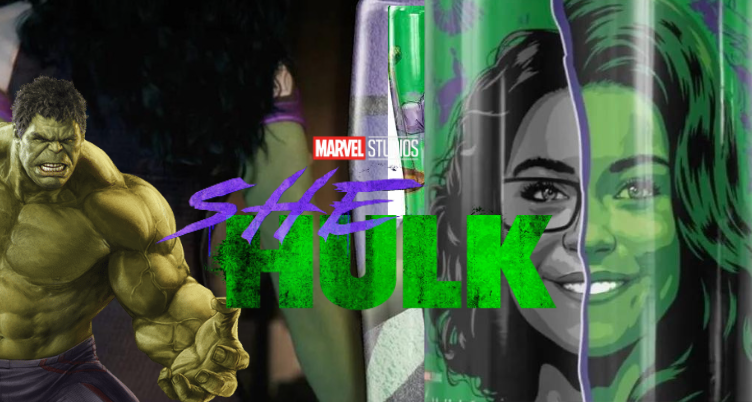 She-Hulk is one of Marvel Studios’ most highly anticipated upcoming Disney+ series, featuring Bruce Banner’s cousin Jennifer Walters. On Disney Investors Day in 2020 Kevin Feige announced that Tatiana Maslany would be playing the titular role of Jennifer Walters, with Mark Ruffalo reprising his role as Hulk and Tim Roth reprising his role as The Abomination. Now in an interview with ET Canada Tim Roth has spoken about returning to the role after 14 years, he emphasized how “fun” it was to make the series and spoke quite highly about his co-star Tatiana Maslany’s performance in the series. Calling her performance “Jaw -dropping” and remarkable.

“She’s amazing. It’s actually jaw-dropping. I was just watching, just on a day-to-day level. Sometimes dialogue lands, just on that level, it lands in a morning. Her ability to absorb and then perform was quite remarkable. And she’s funny. One of the signs of a good actor is their ability to-, her comedic touch and she has it in spades.”

His praise for Maslany is quite amazing to hear, recently there had been unfounded rumors that her performance may have not landed, but this clearly debunks that. Also, with him talking about how “remarkable” the performance truly was shows that we’re truly in for something special with the series. His praise about her comedic touch is also quite exciting since the series is supposed to be a lawyer-comedy.

He also spoke about Mark Ruffalo’s performance as Bruce Banner and the Hulk in the series. Also emphasizing Ruffalo’s comedic talents and how well the series used improv and comedy.

“And with Mark, Mark’s hilarious. The actual on the set visuals with him in his cg costume is something I will cherish. He is incredibly funny, he does not take it seriously. He takes the job seriously, he doesn’t take himself seriously. He has a wit and a gentleness and the two of them together were very funny and we could improvise, depending on who we were working with on the particular day. Some of the directors were open to improv. So the idea of improvising with those characters was unusual to say the least. it was quite fun.

Mark Ruffalo’s Hulk has always provided great comedic relief in the MCU and it seems we will be getting more of that comedic Hulk in the series. Many fans have been asking for a more serious Hulk, but it seems that currently Hulk will be going a separate more comedic route in the series. Rumors have suggested that the series will provide set-up for a future World War Hulk film in the MCU, so the possibility of seeing a more subdued Hulk by the end of the series is still very likely.

The use of Improv in the series adds more credence to the comedic tone of the series. This acts as great news for the series as it shows that it was authentically made from the start as a comedy series. this also confirms that there will be multiple different directors, directing the 10 episodes of the series.

The series is also undergoing reshoots in Atlanta right now, amidst rumours of a possible Jessica Jones appearance. Given the confirmation of Ms. Marvel‘s release, the series will clearly premiere after Ms. Marvel. The show is currently set to end on July 13th, after which the Star Wars series Andor is expected to release. So – if Andor should release afterwards on July 20th, She-Hulk might premiere 2 weeks later, on August 3rd. She-Hulk has also been confirmed to have 10 episodes, so this would have it ending on October 5th. Recently, a Brazillian News website Chippu has also claimed that they had heard that the series would premiere in August, adding more credence to our August 3rd prediction.

She-Hulk should stream exclusively on Disney Plus this August, also check out our review for Marvel’s latest Disney+ series Moon Knight.