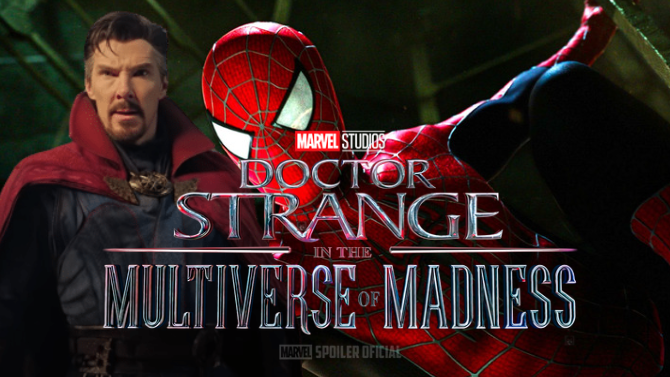 Doctor Strange in the Multiverse of Madness is just a week away and with Sam Raimi directing it’s a safe bet we will get some Tobey Maguire Spider-Man References and Easter Eggs. As for Tobey Maguire’s Peter Parker there has been much online speculation on his return in the movie, but it’s highly doubted since Disney and Marvel Studios would need to negotiate with Sony and there has been no concrete evidence of his return. Although anything is possible at this point since we are in the Multiverse of Madness. Given that we just got a movie with all 3 Spider-Men fighting with almost all their previous villains, who knows what we’ll see next.

We recently just got a new Doctor Strange 2 promo featuring the logo of Joe’s Pizza from Spider-Man 2 which was also directed by Sam Raimi himself. So is it a big Coincidence or is Raimi teasing a possible return for Tobey’s Spider-Man, Who we last saw him in Spider-Man No Way Home.

Yesterday, the first 20 minutes of the film were screened to press at screenings including one at Cinema Con which was not embargoed, allowing for peoples reactions to come out on social media. Thee reactions interestingly tell us that there is also a big Spider-Man joke in the film. Just the thought of a Spider-Man mention in a film by Raimi warms the heart so it’s very possible that Raimi could have more references to Spider-Man including both Tobey Maguire’s Spider-Man and Tom Holland’s Spider-Man.

Could Tobey Maguire reprise his role once again in Doctor Strange in the Multiverse of Madness? Given the Multiverse theme the film will play, there is a chance of anything and everything happening. Given that Sony currently owns the rights to Spider-Man it is unlikely, But never say never!

After all, we live in a world where Hulk can appear as a secondary character in the MCU. So who knows what Doctor Strange in the Multiverse of Madness will bring.

There’s only one way to find out, see it exclusively in theaters Next Week on May 6th.

Also Read: The Darkhold’s role in Doctor Strange in the Multiverse of Madness

Watch the latest trailer for the film below:

Previous post Power Ranger Villains that are still out there!