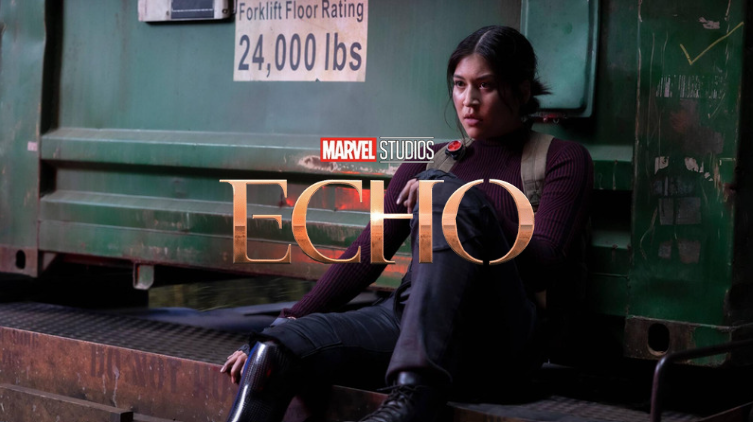 Marvel Studios’ Disney+ series Hawkeye debuted Alaqua Cox’s Echo a deaf Native American character with a deep connection to both Kingpin. Streaming exclusively on Disney, the origin story of Echo revisits Maya Lopez, whose ruthless behavior in New York City catches up with her in her hometown. Production is officially underway on Marvel Studios’ Echo, coming to Disney+ in 2023. Previously the unforgiving gang leader was determined to make Ronin, aka Clint Barton, pay for killing her father. Then later shifting her hate to the man who she has known as her Uncle for her entire life in the form of Vincent D’Onofrio’s Kingpin. Production on the series begun just 2 weeks ago, so it’s great to see that quick progress has been made. The series is also set to mark the return of Charlie Cox as daredevil and Vincent D’Onofrio as Kingpin as earlier in the year we made a discovery of a cast listing which confirmed their appearance in the series.

Her father was of the Cheyenne Nation and secretly a mob enforcer working for the Kingpin. They were good friends, but, at one point, he outlived his purpose and Kingpin decided to gun him down. As Kingpin was about to shoot him, he used his last words to ask that he take care of Maya. When she found her dying father, he reached out to her, leaving a bloody handprint on her face. This becomes a part of Echo’s future costume as she sought to take her revenge from Kingpin, teaming up with Daredevil. The MCU’s version of the character follows a similar story as her father still works for Kingpin but in the MCU it is Ronin, who is Hawkeye’s darker persona, who kills her father. But in the same way as the comics Kingpin is responsible for his death as in the MCU Kingpin sends Ronin after her father.

Streaming exclusively on Disney, the origin story of Echo revisits Maya Lopez, whose ruthless behavior in New York City catches up with her in her hometown. She must face her past, reconnect with her Native American roots and embrace the meaning of family and community if she ever hopes to move forward. Echo also stars Chaske Spencer (Wild Indian, The English), Tantoo Cardinal (Killers of the Flower Moon, Stumptown), Devery Jacobs (FX’s Reservation Dogs, American Gods) and Cody Lightning (Hey, Viktor!, Four Sheets to the Wind), with Graham Greene (1883, Goliath) and Zahn McClarnon (Dark Winds, FX’s Reservation Dogs).

Kingpin has a deep connection to Echo, as seen in Hawkeye, acting as a father figure for her. However, fans may be wondering how he would return after his death in the series finale for Hawkeye. Fans of the comics will have noticed that his death was an exact remake of a comic book panel from the Daredevil Parts of A Hole comic book in which Kingpin gets shot in the same way but survives and is only left injured in his eye. It seems that the MCU will be adapting this story line. In the comics Daredevil and Echo have a long running relationship deeply connected to her wanting to get revenge from Kingpin for killing her father. Which is the same reason why Echo shoots Kingpin in the series. This paved the way for both characters to return in the Echo series and allows for various different arcs to be explored.