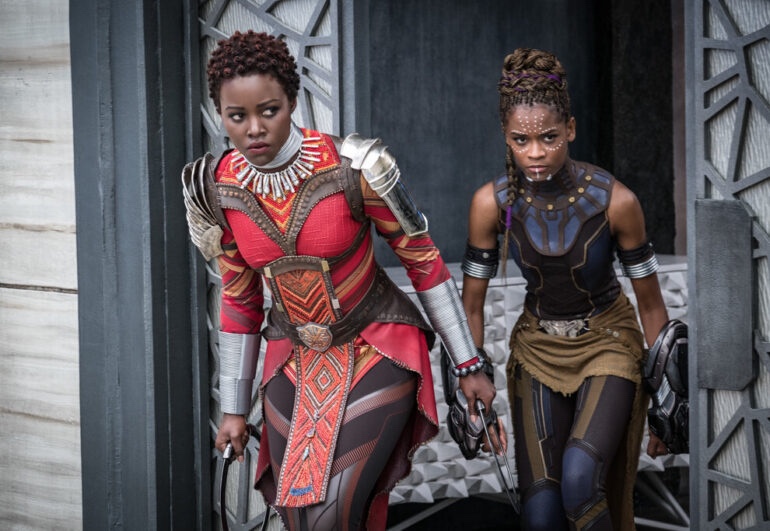 We’re exactly halfway through 2022 which means we’re already halfway through our Marvel shows and movies for the years as fans eagerly await the Godly Thor: Love And Thunder and energizing She-Hulk. This has left anticipation for the sequel to 2018’s Academy Award winning Black Panther rather dry. Black Panther: Wakanda Forever will give us a look at a new era of Wakanda without its King T’Challa and will serve as a tribute to Chadwick Boseman’s legacy. With Ryan Coogler returning to direct, we are surely in for a treat.

The sequel wrapped filming in March 2022 with set gifts now finding their way online. The latest images show nice purple sentimental tops with the Wakandan letters on them which translate to “Wakanda Forever” in white writing and a baseball cap.

We have a lot of cast returning from the first installment such as we have Winston Duke as M’Baku, the leader of Wakanda’s mountain tribe, the Jabari. Lupita Nyong’o will reprise her role as Nakia T’challas former romantic interest, Danai Gurira will appear as Okoye a firm fan favourite and who is head of the Dora Milaje, Daniel Kaluuya is expected to return as W’Kabi and who is Okoye’s husband, Martin Freeman will return as Everett K. Ross, and finally Letitia Wright will be reprising her role as T’Challa’s younger sister, Shuri.

As much for new castings for Wakanda Forever we have Dominique Thorne as Riri Williams who is also known as Ironheart they compare her intellect to the same as Tony Stark. There are also reports saying that Tenoch Huerta could be playing the MCU’s first Mutant Namor The Sub Mariner the king of atlantis. Michaela Cole has been brought into the cast but her role is so far unknown.

Its hard to imagine a film about Black Panther and not see the late Chadwick Boseman in the plot, it’s plot so far is unknown . Chadwick Boseman’s passing may be reflected in the story. Perhaps the movie will begin with T’Challa’s funeral and then show how the characters are coping with his death. As kevin Fiege said in December 2020 “Chadwick Boseman was an immensely talented actor and an inspirational individual who affected all of our lives professionally and personally. His portrayal of T’Challa the Black Panther is iconic and transcends any iteration of the character in any other medium from Marvel’s past. And it’s for that reason that we will not recast the character.”

Black Panther is set to be an emotional tribute to Chadwick with fellow stars speaking out about the film, “It was very emotional to read the script,” Winston Duke told Collider in July 2021, Lettia Wright has also come out and stated “That it will be an incredible to Chadwick Boseman” and with Martin Freeman even said it was “sad and strange” to film Black Panther without Chadwick.